Gregg Davies, head at Shiplake College, on saying no to a dream move to Birmingham City FC, turning his hand to car mechanic duties at school and his signature song at the end of year Shiplake concert 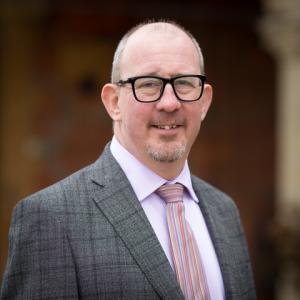 What do you do to de-stress after a long day?

I love doing woodwork – my specialism is garden furniture and I’m particularly proud of a picnic table that folds into a bench seat! I’m fascinated by the mechanics of bicycles and ‘upcycle’ them where I can (much to the chagrin of my wife, Alison, who exclaims, ‘There is junk everywhere!’) I also enjoy watching my daughter Anna rowing.

Tell me something unusual or interesting about yourself

I turned down the opportunity to sign with Birmingham City FC when I was 15. My school side was doing well and I was scouted by a number of teams. At the same time I was offered a scholarship to Shrewsbury and so, after much deliberation, I went with my head rather than my heart.

What’s been your greatest achievement at your school?

A difficult one for a headmaster to answer but I would say raising the profile of Shiplake College, improving its academic rigour and changing the perception locally.

If you could visit anywhere in the world, where would it be and why?

Vietnam and Cuba are both at the top of the wish list. Vietnam to see for myself what I have read so much about in books regarding the war and north/south divide; Cuba because of the classic cars!

What was the last thing that happened, professionally, that really surprised you?

I was selected as a reporting inspector for the ISI – I don’t see myself as one (I thought they were all boring!) but it’s one of the most interesting and rewarding jobs I do.

What’s your favourite aspect of your job?

Meeting pupils – they cheer me up! It’s what I went into teaching for. My favourite part of the day is having lunch with them – they are funny, vibrant, exciting and always full of surprises. Whilst I continue to get older, the pupils stay the same age – they keep my thoughts young. I’m delighted with the new ISI framework which focuses on pupil outcomes – it’s what we’re here for.

If there was one thing about your job that you could change, what would it be?

(Chuckling) There are lots of things but none of them politically correct to print!

An advantage of ‘being the boss’ is that I can influence things – like introducing mushy peas and curry sauce to the Friday fish and chips menu. Something I look forward to every week.

What unusual tasks have you done as a headmaster?

Just this morning I helped a Sixth Form boy change his car tire as it burst on arriving at College! I have driven the rowing trailers back from a tour in France. I get involved – people often don’t realise they’re speaking to the headmaster! And there probably aren’t many headmasters who sing a duet with the outgoing head of college each year at the end-of-year concert!

Pupils who don’t realise the opportunities they are being given and the privilege they’ve got by being at an independent school like Shiplake. I would also put in overweight rugby referees!